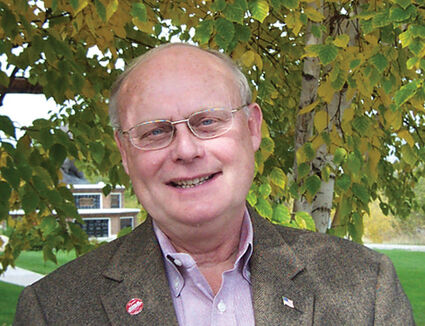 Last month, Chuck Roady, vice president and general manager of F.H. Stoltz Land and Lumber Co., a family-owned sawmill that has been operating in northwest Montana for more than 100 years, traveled to Washington, D.C., to share with the powers that be what it’s like to run a mill in Montana.

At the invitation of Rep. Steve Daines, Roady spoke to the House Natural Resources Committee about the web of lawsuits that too often ensnare federal timber sales. He called it, with good reason, “endless litigation.”

Roady reminded the lawmakers that lawsuits have forced the Forest Service to spend as much as $350 million a year on “timber sale analysis.” That’s tax money that could be productively spent on the ground, on projects that create lunch-bucket jobs, improve forest health, and reduce the threat of increasingly deadly and destructive fires.

Before we Montanans hold our collective breath waiting for Congress to cut the web and ax the analysis, we might take heart by looking closer to home. Here in Montana, some forward-thinking people have simply gone ahead and taken the responsibility of finding homegrown solutions to resource issues.

Local folks have been talking to one another in community-based “collaboratives,” without the lawyers in the room. According to Gordy Sanders of Pyramid Lumber Co in Seeley Lake Montana, “By talking, we’ve learned that many things that people and groups want from the forest aren’t mutually exclusive.”

Sanders and his collaborative partnership put together the Blackfoot-Clearwater Stewardship Project, which is a ground-up agreement to cooperate on everything from wood products and wildfires to weeds, wildlife and wilderness. Eventually, they were so successful that their recommendations were included in the federal legislation sponsored by Sen. Jon Tester known as the Forest Jobs and Recreation Act. Tester’s entire bill, in fact, was largely stitched together by local stakeholders who no doubt agree and disagree on many things, but nevertheless effectively worked together in the western spirit on behalf of their communities.

FJRA grew from local efforts way up in the remote Yaak River valley in extreme northwestern Montana, as well as on a larger scale in the Blackfoot-Clearwater portions of the Lolo National Forest, and the Beaverhead-Deerlodge National Forest. It prescribes both wilderness and timber harvest, and safeguards the values of clean water, fishing and hunting. It has also created a genuine relationship of trust and respect between potential litigants who turned out to be partners.

A similar collaborative effort on the Rocky Mountain Front has resulted in the Heritage Act introduced by Sen. Max Baucus.

Collaborative efforts are hard work. Compromise is painful. Die-hard obstructionists on the extremes of the political spectrum despise the process of collaborative bargaining. They survive by driving wedges. But the common folks in the work boots and hiking boots are frequently the same folks, and more and more they are coming to realize that.

Local agreements are meaningless, though, if they don’t have support from the same lawmakers Chuck Roady went to plead his case before in our nation’s capitol. Fortunately, now, there is real reason for optimism.

When Rep. Daines recently signed on to a locally driven bill along with Sens. Max Baucus and Tester that protects an area bordering Glacier National Park, it marked the first time in more than a quarter of a century that Montana’s whole Congressional delegation has joined in bipartisan support of conservation legislation. They’ve shown they can pick the gridlock. Certainly they still disagree on many important matters, but following the lead of the people, they’re realizing that on resource issues there is common ground.

(Bob Brown is a former Montana secretary of state and state senate president.)