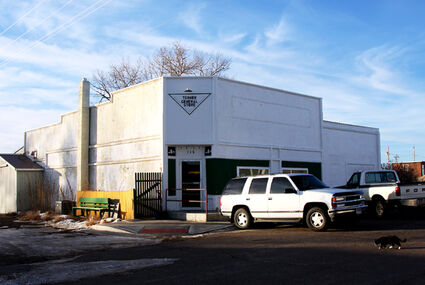 Correction: The print version of this story incorrectly states the only grocery store in town of Climax, Saskatchewan, in Canada, is closed. This is incorrect; King Arthur’s Fine Foods is still operational.

The small town of Turner, situated north of Harlem near the Canadian border, found itself without a grocery store for almost a year until community residents came together to form a cooperative.

The co-op, Big Flat Market Cooperative, was organized by a planning committee that was formed to address the problem of Turner residents having to drive dozens of miles to the next town just to buy milk.

Bill Hake, a board member of the planning committee, said the co-op just "evolved by itself."

"I think it had to happen this way," Hake said.

Hake said the store had gone through a few owners in recent years until it closed last year. The last owner offered it to the planning committee to form the co-op after he decided he wanted to get out of the business.

Shares were offered for the community members to purchase at $100 each in order to pay for the repairs the store needed, supplies, employees and, of course, groceries.

"Harlem was the closest place to go - the only place for basic groceries," said Maggie Kimmel, manager of the store and one of two employees. "I think this was the right fit for Turner."

Kimmel said the previous owners were ranchers who decided to sell the grocery store about 10 months ago. The store sat empty until the planning committee deemed it a co-op.

Kimmel said the reopening of the store earlier this month meant a lot to the people of Turner. People come into the store, sit down and have coffee with their neighbors often, and for the time the Havre Daily News was there, the store was rarely devoid of customers.

The co-op saves the people of Turner time they could use during harvest or just day-to-day work instead of making the hour-long round trip to Harlem.

The store was given a new roof, ceiling lights and tiles, new floors and three new store front windows, and the remodeling of the business is still happening. The work put into the remodeling was almost completely from volunteer work and many supplies were donated to the effort.

"We would put the word out that we were doing things and people would just come out to help," Kimmel said.

The vice president of the planning committee, David Jones, said the efforts to get the store running took a lot of time and effort from Turner citizens and the work is not finished.

The selection at the Big Flat Market is fairly sparse currently, but the stock is growing, Jones said, adding that just because it is not on the shelf, does not mean someone cannot order it. They are currently trying to find out what people want in the store as well.

"Another week or two, it'll be a full-blown store," Hake said.

Hake said there are around 65 people who live in the immediate town, but thinks the store will probably have a draw of 200 to 300 customers from the Turner area. 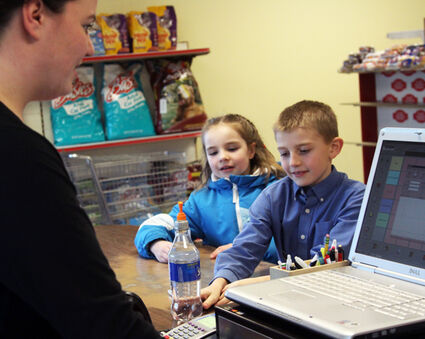 Jones said they are trying to get the word out to Canada as well. Hake said they will get a little business from Canada as people cross the border to get supplies, but they hope to attract more.

Hake said the idea to start the co-op came from someone who married a Turner citizen and moved here. He came from another small town in Montana that had done something similar and suggested it to the planning committee when the grocery store ran out of owners.

Population: About 60 people live in Turner’s city limits, but U.S. Census lists the total population of the area as 192.