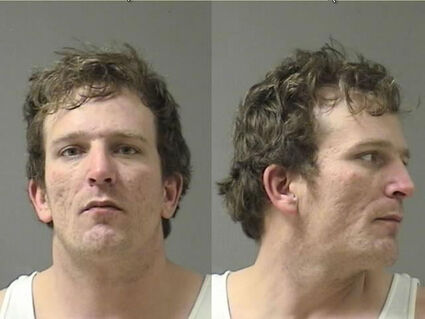 In this undated Billings Police Department photo shows the late Richard Ramirez of Billings. An unidentified Billings police officer shot and killed Ramirez, 38, who was wanted in an armed robbery, after he ignored the officer's orders and made a sudden movement during a traffic stop, Police Chief Rich St. John said Tuesday.

BILLINGS (AP) - A Billings police officer shot and killed a man being sought in a recent robbery after authorities say the suspect made a sudden movement while in the back of a car that had been pulled over, authorities said Tuesday.

Billings Police Chief Rich St. John identified the deceased as Richard David Ramirez, 38, of Billings. No weapon was found on Ramirez, who was shot three times just a few blocks from his home.

St. John said the officer was placed on administrative leave. He declined to release his name, citing threats against law enforcement over the shooting.

An autopsy of Ramirez and search of the vehicle he was traveling in was planned for Tuesday. The results were not immediately disclosed.

A man who said he was in the car with Ramirez disputed the authorities' version of events, but a police spokesman said video footage of the incident corroborated the officer's description.

The officer is a five-year veteran who has previously discharged his weapon in the line of duty, St. John said. No details of that prior incident were released.

Ramirez is the fifth man to be fatally shot by law enforcement in Billings during the past two years.

About 11 p.m. Monday, the officer was in the area of the robbery when he spotted a car with Ramirez in the back seat and pulled it over in an alley.

After ignoring the officer's commands to not move and keep his hands in sight, St. John said Ramirez made a "downward reaching movement."

"This movement resulted in the officer drawing his weapon and firing three rounds, striking Ramirez in the torso," St. John said.

Family members described Ramirez as non-violent and said he did not own a gun.

Ramirez grew up in Billings, where he finished the 11th grade, said his father, Julio Ramirez.

He had a teenage son who was named after him, and he had worked as a roofer but was currently unemployed.

Aleshia Romero, who identified herself as Ramirez's girlfriend, said she was with him sleeping at her father's house on the night of the alleged robbery. But she said he was aware the police were looking for him as a possible suspect.

"They had no reason," said his mother, Betty Ramirez. "Richard didn't do anything to nobody."

A friend of Ramirez who said he was sitting next to him during the shooting said the officer already had his gun drawn when he approached their car. The man, who identified himself as Tom Black, said Ramirez was trying to comply with the officer's orders and had raised one hand in the air when the other hand got caught on his seatbelt.

"He was trying to get his other hand unhooked," Black said. "The cop said, 'Don't move or I'll shoot.' Richard stopped and then he (the officer) went Blap! Blap Blap! and he shot Richard three times."

Billings Police Lt. Kevin Iffland said he had reviewed video from a dash-cam mounted in the officers' patrol car and it showed the officer did not draw his gun until after Richard ignored the officer's orders.

Iffland said the video was not being released at this time.

Ramirez had previous run-ins with law enforcement, but he had no known prior felony charges or other serious infractions, St. John said.

A coroner's inquest will be held as required by state law when officers are involved in fatal shootings.

Separately, an inquest is scheduled for Wednesday in a fatal July 5 shooting by a Yellowstone County sheriff's deputy outside a Billings shopping center.

In that case, Sheriff's Lt. Shane Skillen shot 42-year-old Dean Randolph Jess three days after he escaped from the state prison in Deer Lodge. Jess was in a stolen vehicle and was shot after he made a move for a gun during a standoff with law enforcement.

Since May 2012, there have been three other fatal shootings involving Billings police officers. In each case a coroner's jury found the shootings justified.