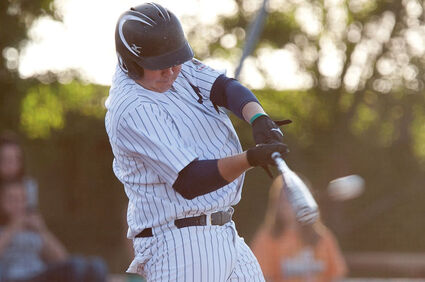 The entire Havre North Stars American Legion baseball roster got an at-bat Tuesday night, and it was a complete team effort that resulted in the come-from-behind victory.

Tuesday at Legion Field in Havre, the North Stars played one seven-inning game against the Great Falls Outlaws Senior Babe Ruth squad. The Outlaws jumped out to a dominating lead, but it was the North Stars who came away with the impressive 9-8 win at home. Havre remains 2-2 in the North, but improved to 4-5 overall after coming back from eight runs down.

“That was a great Babe Ruth team,” Havre head coach Danny Wirtzberger said. “I have seen Babe Ruth teams that have great athletes but aren’t coached very well, but this team was very respectful to the game and was a fun team to play because they are coached well.”

A five-run first inning and three-run second inning gave the Outlaws the commanding 8-0 lead. The eight runs came from eight hits and two North Star errors, but a pitching change in the top of the third was the competitive edge the North Stars needed. Gavin Gunderson just didn’t have it Tuesday evening in the start, but Dylan Carpenter was solid in relief. Carpenter allowed just three hits and zero runs in his five innings of relief, and even escaped a one-out, bases-loaded scare in the top of the seventh. Havre had a quick meeting at the mound and Carpenter returned to form with back-to-back strikeouts to end the game.

“Normally towards the beginning of games I have pitched relaxed,” Carpenter said. “But when it comes to the end of the game and the coach has to come talk to me, that just calms me back down and helps me a lot. Coach just told me to calm down and finish, so I realized what I had to do and was able to finish and get the win. It was a team effort though, the entire team got to bat and everybody did well.”

Jeff Miller is a rookie when it comes to American Legion experience, but came up big with his lone hit of the evening.

After battling back from eight runs down, the North Stars closed the gap to 8-7 through the bottom of the fifth innings. And in the bottom of the sixth Tyrell Pierce tied the game on an error, after getting on base with an error just moments prior. David Denny was bunted to third base, and with two outs Miller drove in Denny with an RBI rope into left field.

Miller’s RBI was eventually the game winner, as he was also walked twice and ended the night with three stolen bases.

Havre started the game with most of its youngsters in the lineup, including Jeff Miller, Dan Miller, and Mike Loftus. But the entire roster saw time on the diamond and helped out in the winning effort.

“Everybody got to play because it was a nonconference game,” Wirtzberger said. “But that is what it took to get the win. It was a team effort and some day we are going to have to rely on these 15-year-olds when they turn 18. It was fun to come back and win, so this was a good win for us.” 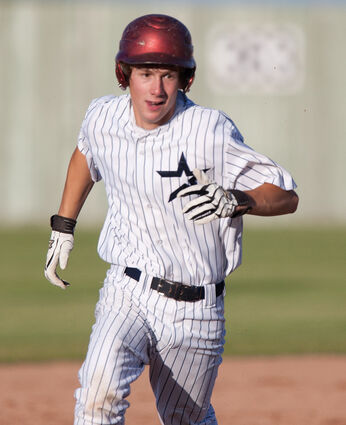