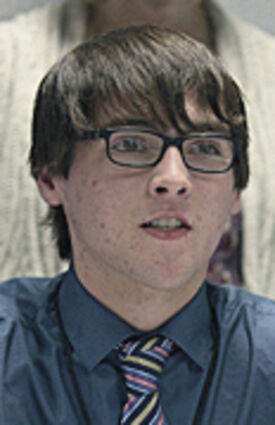 A 17-year-old Havre High School junior is now No. 2 in the Hill County Democratic party's hierarchy.

Jacob Bachmeier, who is active in speech and debate, student council and Leadership High School, was tapped to be vice chair of Hill County Democrats at the annual convention Tuesday night.

Chair Brenda Skornogoski, who was unanimously re-elected Tuesday night, praised Bachmeier for his eagerness and knowledge of politics.

Bachmeier said his great-grandfather was a Democratic state representative from Fairf...