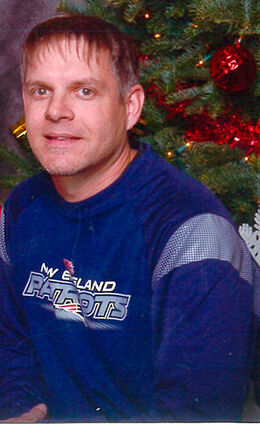 Early schooling was spent in Maywood, California, then the family moved to Havre, Montana, where Billy graduated from Havre High School in 1986.

Bill took pride in providing for his family in his work as a paintless dent repairman. He was one of the few specialists in that area in the Flathead Valley. Bill was a generous, passionate, selfless, caring man. His sense of humor influenced those around him. He spent a great deal of time teaching and mentoring his own children and others as a coach and as a father figure.

Bill met Chris, and from the moment he met her he knew he would marry her.  She was the love of his life. They were married in 1990 in Las Vegas. They cherished the 25 years they were blessed to have together. Billy enjoyed fishing, hunting, foosball, softball, chess and kayaking. He was a diehard New England Patriots fan since the age of 2. As a family, they received a lot of pleasure when they went camping together. The Thompson Chain of Lakes was one of their favorite spots to camp. He loved to make breakfast for all the family and friends. His specialty was bacon and french toast.

Services have been held. Friends are encouraged to visit our website at http://www.buffalohillfh.com to leave notes of condolences for the family. Buffalo Hill Funeral Home and Crematory is caring for the family.