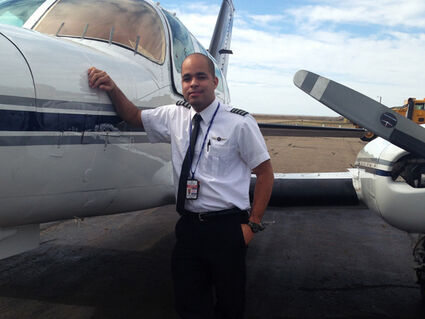 Cape Air pilot and filmmaker Jorge Olivo poses for a photograph. Olivo has released the movie he filmed at the Havre City-County Airport, "The Last Departure."

A horror film shot in Havre this year has been released on the Internet for everyone's viewing pleasure.

Jorge Olivo directed "The Last Departure" mostly on and around the Havre City-County Airport and the Bear Paw Mountains. Olivo said the movie is a horror movie, inspired by his favorite - "The Shining."

The film depicts Reynolds as the last worker of a remote airport, where work is seasonal. A...