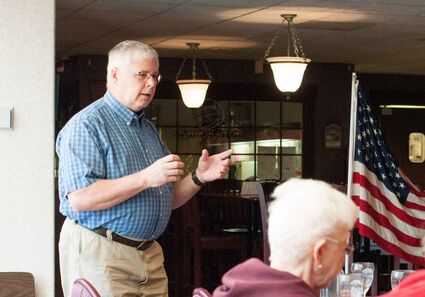 Dave Brewer said he is a strong supporter of the plan to make major renovations to Havre's deteriorating street system.

Just the same, Brewer told the Pachyderms Friday that he is happy the City Council is leaning against placing the multi-million proposal on the ballot this fall. That would mean it would be 2019 before work actually begins.

By delaying that vote, he said, it will be easier to win approval of the proposed city manager form of government that will also be in the ballot.

Brewer is chair of the Government Study Commission which has been reviewing various forms of governme...