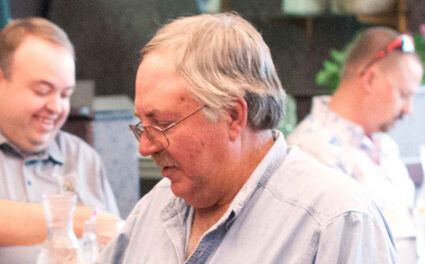 Hill County Republican Brad Lotton attends the Pachyderm Club meeting Friday at the Duck Inn. Lotton is representing Montana this week as a delegate to the Republican National Convention in Cleveland.

Settling into Cleveland and socializing was the highlight of Sunday's activities at the Republican National Convention.

Brad Lotton of Havre, one of Montana's delegates, said the highlight for him was a Three Dog Night concert where the classic rock band played "every single top 40 hit they ever recorded."

He said security was tight at the convention.

"I was never once even the least bit uneasy," he said.

The convention was called to order at 11 a.m. today.

For the Montana delegation, the highlight will be a prime-time speech by U.S. Rep. Ryan Zinke, R-Mont.