Local man admits to hitting girlfriend with a hammer 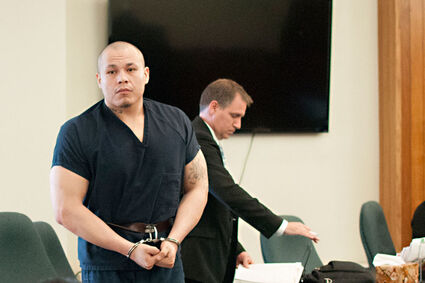 Tyler The Boy and public defender Samuel L. Harris leave the courtroom Monday in state District Court in Havre after The Boy pleaded guilty to a felony charge of assault with a weapon.

A local man admitted Monday morning in state District Court to hitting his girlfriend with a hammer during a drug-fueled argument that took place over a two-day period in November 2015 and ended up with her in the hospital.

The Boy's public defender, Samuel L. Harris from the Office of Public Defender in Great Falls, asked him questions to establish wha...