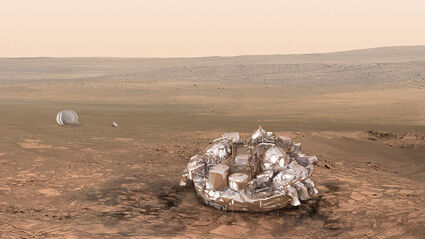 BERLIN (AP) - Scientists at the European Space Agency downplayed the likely loss of its Mars lander, saying Thursday that a wealth of data sent back by the experimental probe would help them prepare for a future mission to the red planet.

The Schiaparelli lander was designed mainly to test technology for a European robotic mission to Mars in 2020 and avoid the fate of Europe's Beagle 2 probe, which failed to deploy after landing in 2003.

Data received from Schiaparelli show that it entered the atmosphere as planned Wednesday and used its parachute to successfully slow down in the harsh Ma...