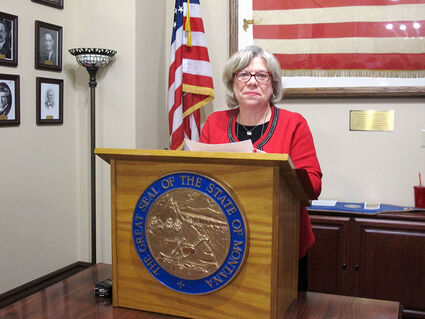 Montana Secretary of State Linda McCulloch answers questions Wednesday during a news conference in Helena. McCulloch compared allegations of election rigging to conspiracy theories such as Elvis Presley faking his death and the U.S. government covering up a UFO crash in Roswell, N.M.

HELENA - The idea that next month's elections could be rigged is a conspiracy theory comparable to the U.S. government hiding aliens in Rowell, New Mexico, Elvis Presley faking his death or the 1969 moon landing being a hoax, Montana's secretary of state said Wednesday.

Secretary of State Linda McCulloch, a Democrat, sought to reassure voters that the state's elections won't be compromised after reports of stolen absentee ballots and people offering to deliver voters' ballots for them in at least three counties.