Democrats seek support to be candidate 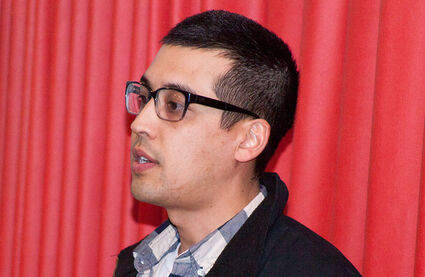 Dan West, who is seeking the Democrats' nomination to be their candidate in a special election to replace U.S. Rep. Ryan Zinke, R-Mont., speaks Tuesday at a meeting of the Hill County Democrats in the Havre Eagles Club.

Several people who want to be the Democrats' nominee to replace Rep. Ryan Zinke pitched their candidacies to the Hill County Democrats during their monthly meeting in the Havre Eagles Club Tuesday

The forum took place the night before Montana Republican U.S. Rep. Ryan Zinke was confirmed as secretary of the interior.

Under Montana law, a special election will be called 85 to 100 days after Zinke resigns from Congress to take up his new duties. Montana Democrats, Republicans and Libertarians from each county will send delegates from each county to their respective nominating conventions wh...