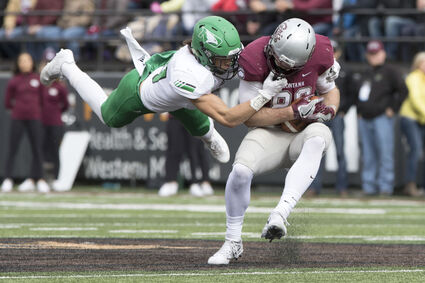 MISSOULA (AP) - The battle of green quarterbacks went to freshman Gresch Jensen Saturday, after he threw for a career-best 423 yards to lead Montana past banged-up North Dakota 41-17 in Big Sky Conference football.

Making his fourth start, Jensen threw for three touchdowns and ran for another score as the Grizzlies moved to 5-2, including a 3-1 mark in the Big Sky. His first start came on Sept. 23, a 48-41 loss to Eastern Washington.

"Definitely (feel) a lot better after the game," said Jensen, who was 23 of 35 passing with two interceptions. "We'll take the win. I was just a lot more com...