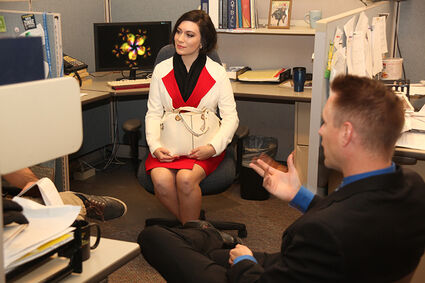 William James Dean, 38, who uses James as his first name, said he had never run for political office before filing as a candidate in the 2018 Senate race for the seat held by Democrat Jon Tester.

Dean filed as a Republican in a large primary field, and his wife, Sara Dean, filed the same day as a Democrat in the same race.

But this is not James Dean's first race - the Billings Gazette reported Thursday that Dean ran as a candidate for the U.S. presidency in Califonia under a different name - Daniel Lane Dean.

Dean said in an interview this morning that he doesn't really consider his running last year as a real bid for office - he planned to go into politics and filed just to get the feel, get himself into the mindset of politics.

"I never ran for office," he said. "I filed the paperwork but did not run for office."

He said he changed his name his whife asked him to.

Sara Dean also has a list of names she uses, affiliated with an online business, a Christian ministry, a collection of children's books and a crowd-funded charity.

James Dean said those names are like pen names, with his wife trying to keep her business enterprises separate.

One of the names used by Sara Dean, Pastor Victoria Dawn who sells wedding dresses on her Bride of Christ Collection website, was listed as a donor on another of her sites, a gofundme.com account where she says she is a San Francisco women's ministry pastor in need of $3,500 for "going to India to feed the Widows," the Gazette reported.

She donated $135 as Priscilla Dawn to her account and gave herself a message saying, "Thank you for a servant's heart. Happy to give and spread the love," the Gazette reported.

James Dean said he didn't have any information about that.

James Dean also left out information about his military career. He said in the Havre Daily News interview he was a U.S. Air Force veteran, but left out that he was medically discharged under the name Daniel Lane Dean.

He said this morning that he would not talk about that.

"I'm not going to to talk about medical things," he said.

The Deans declined to give information about how long they had been married, about their family and were vague about their campaigns in the Oct. 9 interview including why they were opposing each other in the 2018 election.

James Dean said this morning that the main thing is that he and his wife have the most substantive and effective plans for improving the nation, and that is why they are running. He also said that people bring biases in their when they see "Republican" or "Democrat" with a candidate's name, and they are trying to get rid of those biases.

James Dean said the couple moved to Havre a few months ago. He said he could not talk at this point why they moved to Havre but that would become apparent in the future.

Sara Dean said this morning she had not read the Gazette article, declined to comment at that point and said that she would call back later after she read the article.

Hill County Republican Central Committee Chair Andrew Brekke said this morning he was visited by James Dean in September, and had never before met Dean or his wife.

Brekke said that at first he was confused about what Dean was up to. He said people have wondered if their campaigns are some sort of scam.

Though they do espouse what Brekke said are some off - the wall - ideas, he said they do have a right to run like any candidate does.

Bachmeier said he had heard rumors about some of the details reported in the Gazette article, but he had no way to confirm whether they were true.

He said he always found it strange that people soon after moving to Montana would decide to challenge a popular incumbent. 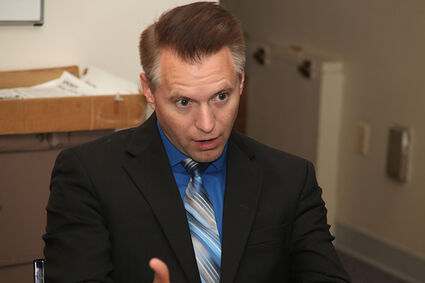 Bachmeier said he first met the Deans at 2nd Street Baristas, where Sara Dean works. He said the first time he saw her she had blonde hair. Both times James Dean had been sitting at a table in the shop using his laptop. Bachmeier said he recognized Sarah Dean from the picture in a front page Havre Daily News story, in which she and her husband announced their respective candidacies.

The second time he saw the Deans, he said, he asked her if she was Sarah Dean and she said yes. He and the Deans introduced themselves to each other, Bachmeier said, and they had a short conversation where they asked when the Central Committee had its meetings.

Bachmeier said he is sure the Deans do believe what they say, but he is not sure if they have an ulterior motive.

James Dean said this morning that he does not dispute facts in the Gazette article, and that he and his wife are appreciative of the media's role in politics and appreciative that the Gazette would come to Havre to interview them.

"We would love to (be interviewed by) them again," he said. "We are not concerned about anything in the article."