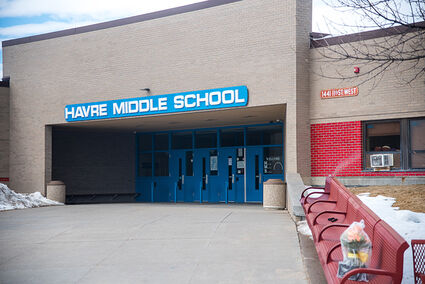 Havre Middle School stands locked down Tuesday afternoon after a shooting threat was found written on a bathroom wall. The school is back in session today with increased policed presence and elevated security thoughout the Havre district.

Havre Middle School was shut down and the building evacuated Tuesday after graffiti was found on a wall in the school threatening a shooting that day at the school, less than four weeks after a shooting threat was found at Havre High School.

Havre Public Schools said the graffiti was reported at 12:44 p.m. and the district informed the Havre Police Department, which dispatched officers to investigate.

Following the district's policies, the school initially was put in a hold-in-place status, meaning all students had to return to classrooms and movement in the building was kept to a minimum...