Pettinato stumps in Havre for Congress 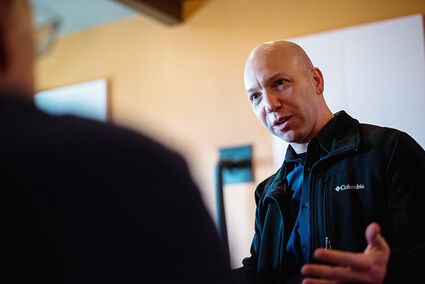 Democratic candidate for the U.S. House of Representatives Jared Pettinato talked with voters at Triple Dog Brewing Co Tuesday, part of a six-stop whistle stop tour he is making across northern Montana.

Pettinato said in an interview that he has already visited Wolf Point and Glasgow, and will round out his tour with stops in Cut Bank, Browning and Libby.

A former U.S. Justice Dept. attorney from Whitefish Pettinato is vying to be the Democratic candidate to take on Rep. Greg Gianforte, R-Mont., in the fall.