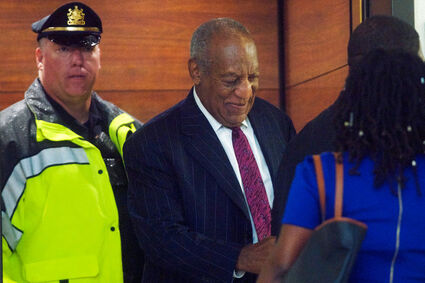 Bill Cosby arrives at the Montgomery County Courthouse on the second day of his sentencing hearing today in Norristown, Pa. Montgomery County Judge Steven O'Neill sentenced Cosby today to three to 10 years in prison for drugging and sexually assaulting a woman.

NORRISTOWN, Pa. - His Hollywood career and good-guy image in ruins, an 81-year-old Bill Cosby was sentenced today to three to 10 years behind bars for drugging and sexually assaulting a woman, becoming the first celebrity of the #MeToo era to be sent to prison.

The punishment all but completed the dizzying, late-in-life fall from grace for the comedian, former TV star and breaker of racial barriers.

"It is time for justice. Mr. Cosby, this has all circled back to you. The time has come," Montgomery County Judge Steven O'Neill said....