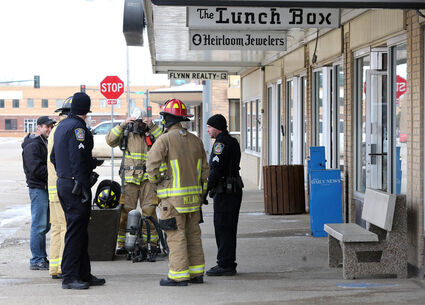 Emergency responders from Havre Fire and Havre Police work at the scene of a carbon monoxide detection at Heirloom Jewelers Friday morning in downtown Havre. The scene was cleared of CO and Third Avenue was reopened Friday afternoon.

Havre Fire Chief Mel Paulson said the fire department responded to a report of a gas leak at about 10:15 a.m. and called NorthWestern Energy to the scene when firefighters determined carbon monoxide was in the air.