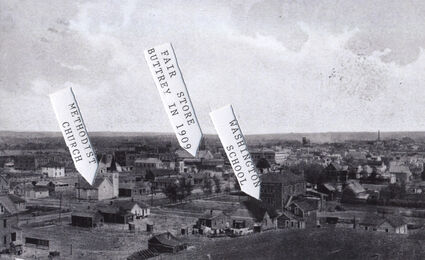 On Aug. 10, 1904, the Havre City Council and mayor passed an ordinance requiring the posting of numbers on dwellings and businesses, but it wasn't enforced. In October of 1905 over a year later the council urged it to be enforced. Businesses were frustrated when a delivery was delivered to a wrong place, or a family, new to the city and not knowing where a business was located. 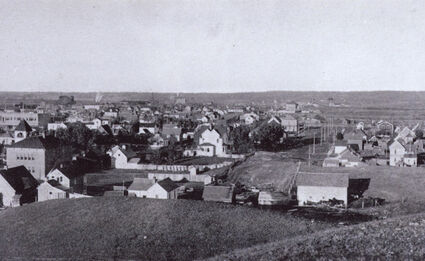 Stated in the ordinance, that was then enforced, was the use of numbers on all businesses and dwellings located in the city of Havre. The numbers were to be placed by the entrance of business and dwellings on streets, avenues, alleys, or a public highway. Main Street was the base line for the numbering on avenues. Each block starting on Main Street and going south were in hundreds increasing the farther south you went. Any business or residence north of Main Street would have the word "North" before the address. Montana Avenue was to be the base line for the numbering of streets. They would be numbered from west to east, each block was also in hundreds. Businesses or dwellings west of Montana Avenue was to have the word "West" preceding it. The even numbers were to be on the south side of streets and on the west side of avenues. Odd numbers were to be on the north side of streets and the east side of avenues. When needed, one half or one quarter could be used. Alleys running east and west would take the number of the street north of it. Alleys running north and south would take the number of the avenue west of it. The numbers were to be at least 3 inches and placed on the building so it could be seen from the street or avenue. The city engineer was to oversee this and if not conforming or not placing the numbers on the building you would be given a written violation of the ordnance and given 10 days to fix the problem. If, after 10 days, you did not fix the problem, you were fined between $1 and $50 dollars and the cost of prosecution - this was a lot of money over 110 years ago.

With most of the dwellings and businesses numbered and the rest of the street and avenue signs all in place, the city was large enough and receipts at the post office showed Havre was now ready for "Free Mail Delivery." The beginning of September 1911 was the start of mail delivery in the City of Havre. There were two carriers - that's how small this city was - and they didn't go to businesses or residences with no numbers on them. Post boxes were put around the city for the convenience of sending letters or postcards. The public was informed to make sure they have a two-cent stamp on the letters, or they wouldn't be delivered. A one-cent stamp on a postcard was required. The patrons were also told to put their return address on the envelope or postcard, or it also wouldn't be delivered.