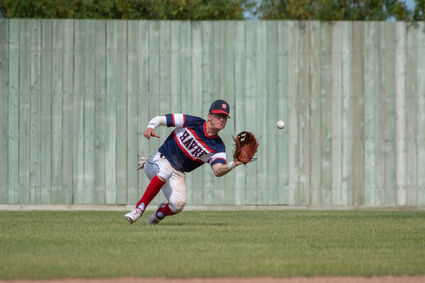 Havre's Ethan Roberts makes a sliding catch during an American Legion baseball game earlier this month at Legion Field in Havre. Roberts, a four-year standout for the Northstars, was named Class A American Legion All-State as a center fielder for this season, as well as being tabbed Northern A All-District.

The Havre Northstars American Legion baseball team saw its season come to close last weekend, as they were knocked out of the Northern A District tournament.

Roberts was named as one of the top players in the state...