Sports, including starring on the basketball court for Carroll College, have always been an avenue Havre's Dane Warp has chosen to get him to his ultimate goal, becoming a doctor 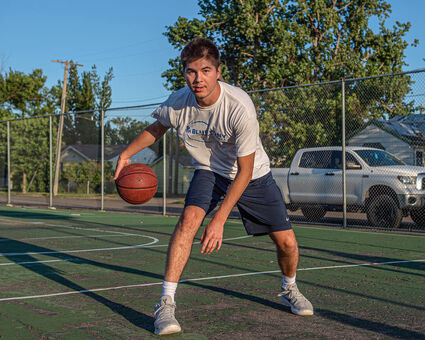 Former Havre Blue Pony Dane Warp had a monster season for the Carroll College men's basketball team last winter. And he has one more year with the Saints before he embarks on the next chapter of his life, becoming a doctor.

For most of his adult life, Dane Warp has been known for his ability to throw a football or shoot a basketball. But someday, he is hoping to be known for something different, something much more important - saving lives.

When Warp left Havre for Carroll College four years ago, part of his mission was to become one of the top basketball players in the Frontier Conference. And after helping the Saints reach the NAIA national championship game last March, while also earning All-Frontier honors and growing individually as a player each season, that goal has been achieved.