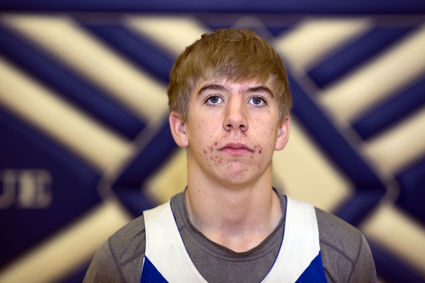 It has been a long time since Jerod Boles has played basketball competitively. But after a trip outside the United States, a chance encounter and a re-introduction to the game he loves, that sabbatical is about to come to an end.

That’s because Boles will be joining the men’s basketball team at the University of Guam next season, making an official return to the court for the first time since 2016, when he played for the Havre Blue Ponies at the Class A state tournament.

Oddly enough, Boles went to Guam to visit family. His trip had nothing to do with basketball until the game he loved found a way back into his life.

“Well, I got over here to visit my sister for the summer,” Boles said. “One of her co-workers used to play college ball back in the states. He asked if I (played basketball) and wanted to play in pickup games around the island. I just started finding my groove again. I missed the game and just found a new love for it over here. The coach saw the potential I guess and he reached out and after two weeks of communication and practices he offered me to sign and be part of the program.”

Brent Tipton is the man that Boles will play for at the University of Guam. As far as who he will play against, there are a variety of opponents throughout the island, which is a territory controlled by the United States. There are other college teams there such as Guam Community College and others, as well as a United States Air Force base and U.S, naval base.

“We are on a 210 square mile island,” Boles said. “So the teams to play are limited. There is a Christian college, a community college, a naval base and an Air Force base. They all have teams that we play against. This year we are playing other college teams from Philippines and other countries.”

During his high school days, Boles was an All-Conference performer for the Ponies and played on three teams that made it to the Class A state tournament, including back-to-back trips to the state semifinals. He was also a member of the 2016 team that won the Eastern A Divisional title, which was the first championship for the Havre boys in 12 years. Boles also competed in golf and tennis at Havre High, as well as playing for the Havre Northstars American Legion baseball team.

The 2016 Havre High graduate said he planned to pursue a degree in elementary and physical education. He said he hopes to get back into coaching when he is done at the University of Guam.

“That’s the plan,” Boles said when asked if his goal was to coach again. “The last few years, I think, have helped me. Not getting the opportunity to play anywhere, I was still involved in the game and under a very smart coach. It opened my eyes and taught me the game from a different point of view and that will only help me this coming year.”

Boles said he wasn’t sure what his role would be this season but that he was ready to compete when the rest of the team arrives shortly.

“The team is good,” Boles said. “I met a few of the guys and other signees but everyone leaves the island in the summer. In about three weeks everyone will return. No one is set in stone on starting, and all, but I’m hoping to. We run a five out and with a shooter’s mentality as I have, I will fit in very well with this program.”