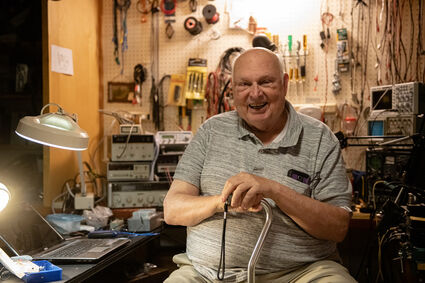 Local ham radio operator Lloyd Stallkamp said he was into radios long before he came to Havre almost 40 years ago.

"I've always been interested in electronics," he said. "I built little versions of crystal radios when I was in school, but I never lived near anyone who was a ham radio operator."

Stallkamp said that when he arrived in Havre, a local ham radio club was active with an average of 20 members. He said that in Havre ham radio has been active a long time, though now most of the club members from the time he joined have died now.

"In Havre radio jargon that is called a 'silent k...