Professional players again coming to Havre in Legends for Lights 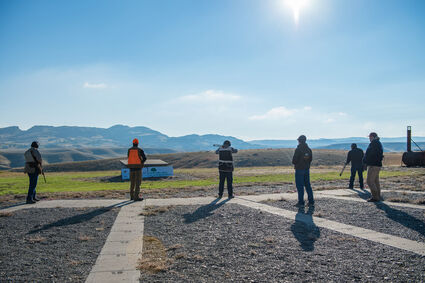 People participate in the 2018 Legends for Lights Pheasant Jamboree trap shoot. This year's Legend for Lights events, including the trap shoot, run from Thursday through Sunday.

The Northern Lights Athletic and Scholarship Foundation will be hosting its Legends for Lights Pheasant Jamboree for the 19th consecutive year starting Thursday.

The four-day event will include hunting, food and the community having a chance to meet more than 20 National Football League and National Hockey League legends.

"It's bound to be a weekend to remember," the event's Facebook page says.

This year, the event has a number of local, state and national legends attending, she said. The NFL legends who will be at the event include local players Mike Tilleman, a Chinook High School gra...