Parker Filius off to a strong start 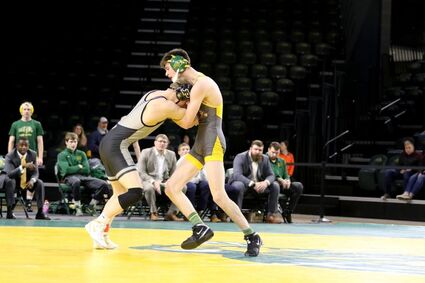 Now in his second varsity season at NCAA Division I Purdue, former Havre Blue Pony great Parker Filius is off to an outstanding start.

Filius, who wrestles at 141 pounds for the Boilermakers this season, is 6-1 thus far on the year, and just recently beat former Belgrade Panther star Sawyer Degen, 7-4 in a dual at North Dakota State. Degen and Filius are both former four-time Class A state champions, though Filius had only competed against Degen's older brother, Jarrett, while they were in high school.

Filius started his red-shirt sophomore season with an outstanding third-place finish at...