Winter likely to set in for real in January 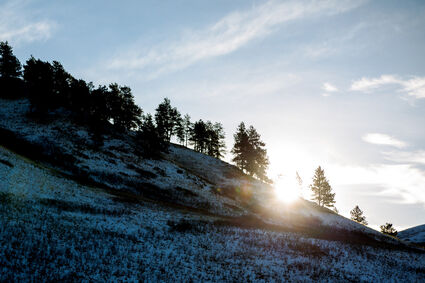 Sun peeks out from behind the trees on a snow-covered hill in Beaver Creek Park Tuesday. After a wild ride of heavy snow that melted off within a week or two, forecasters say Old Man Winter is likely to come back to this part of north-central Montana with a vengeance in January and February.

As much snow as the Havre area has seen in an unusual fall, this region probably haven't seen anything yet.

Though the Winter Solstice officially begins Saturday, Havre and surrounding areas, as well as much of central Montana, have seemingly already been locked in winter's snow grip since the end of September, and therefore, long-standing records have fallen or were threatened, said Jane Fogleman of National Weather Service in Great Falls.

"When we talk about snowfall in a season, we mean, from when the first snowfall comes, and this year, it was in September," she said. "So that's somew...