Hi-Line Living: Painting from the unconscious 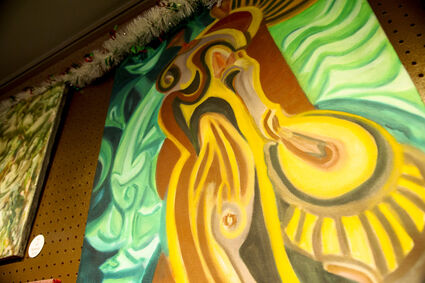 From a lifetime of experiences and curiosity, Havre native Garth Volbright's artwork expresses the unconscious self and in many different artistic mediums.

Volbright's artist reception for his artistic debut show, "Curiosity," was last Friday in Artitudes Gallery in the Atrium Mall.

"Unconsciousness starts at the end of knowledge," he said.

His show runs through January.

Volbright was born and raised in Havre, although he has moved around the state working various jobs throughout the years, including working as a construction worker, a farmhand and for the railroad, he said. He added t...