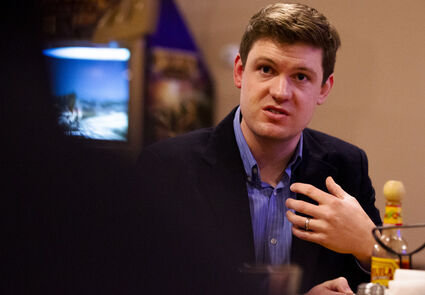 Montana Gov. Steve Bullock's chief legal counsel Raph Graybill of Helena, who is running as a Democratic candidate in the state attorney general race, spoke in Chinook Monday about his campaign and some of the issues facing Montana.