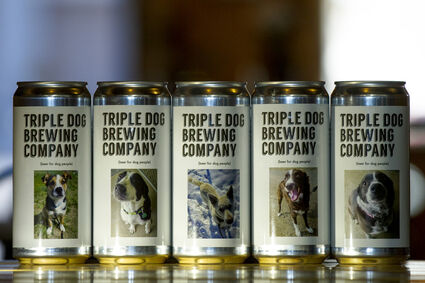 Triple Dog Brewing Co. on First street has released a new line of cans featuring pictures of dogs that have been adopted from the Havre Animal Shelter to highlight the need for animal adoption.

“It’s just to get the word out there that there are a lot of dogs still up there that need a home,” Triple Dog owner Erin Garrity said.

Erin and her husband, Michael, who is also the brewmaster, own Triple Dog, and both have been working on this can line, which has been in the works for the last three months, but Michael Garrity says his wife was the driving force behind the idea.