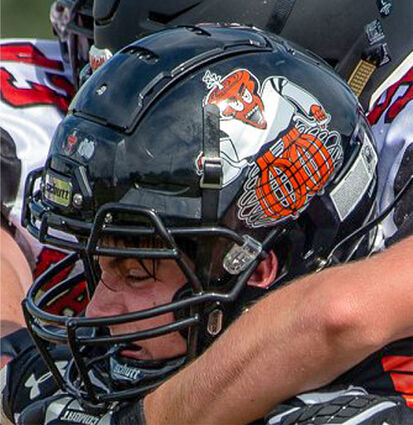 The Chinook High School Sugarbeeters football team had an out-of-season win last week - even with schools and sporting events closed due to COVID-19 - beating the Mona Shores Sailors 58.8 percent to 41.2 percent and advancing to the next round of competition.

The win in question was in an "at-large" qualifying match for the National High School Helmet Tournament, a competition that pits the helmets of various football teams around the country in a battle of aesthetics.

The tournament, held on Twitter at https://twitter.com/hshelmettourney , allows users to vote on a series of matchups between the helmets of high school football teams.

The Sugarbeeters obtained their win in a poll with 1,251 respondents and have gone on to be one of 22 "at-large" teams, joining 45 state champions to participate in the bracket of 67 teams.

The tournament proper begins today, and Chinook will face off against an as-of-now unannounced team sometime in the next four days, but the poll will only be open for about a day.