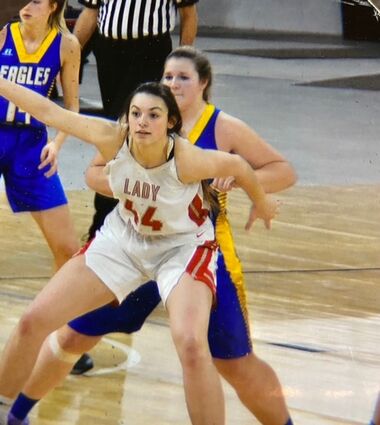 First, Mouat announced the signing of Glendive star Savannah Toms. As a senior, Toms (6-0) averaged 15.1 points and 5.9 rebounds per game. She shot 60 percent from the field, and 70 percent from the free throw line. She finished fourth in all of Class A in both scoring and field goal percentage. Toms earned First Team All-State honors as a senior, was an Honorable Mention All-Conference performer as a junior, and was a First Team All-Conference selection as a sophomore. She was a four-year varsity player and three-year starter for the Red Devils.

"Savannah is a great addition to our program,” Mouat said. “She has good size and length and can play a couple of positions on the floor. Savannah is a tough-minded, efficient player who really gets things done. She is a scoring threat on the perimeter as well as in the post, and she does some really good things defensively and on the boards."

Toms also excelled in track and field, where she was a state qualifier for four consecutive years in three different events.

"We are excited to have Savannah on board," Mouat added. "I think she has an excellent future in a Skylight uniform and that she'll be a great fit on the court, on campus, and in the Havre community,” Mouat added.

Toms is the daughter of Corky and Elisa Toms. She carries a 3.4 grade point average and plans on majoring in biology or health promotion at MSU-Northern. Her long-term goal is to become an occupational therapist.

"ShaAnn is a knock-down shooter from the three-point line. She has great range and can really stretch a defense," Mouat said.

At Scobey High School, Danelson helped lead the Spartans to a third-place finish at the 2019 Class C State Tournament. For her efforts, she was recognized as a Second Team All-Tournament selection. She earned All-State honors as a senior, averaging 14.8 points per game. She was also a three-time All-Conference performer. During her career, she connected on 188 three-point field goals and she scored over 1,000 points. 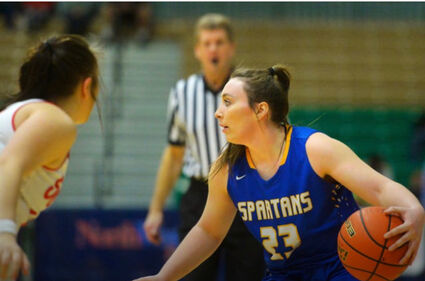 "ShaAnn is passionate about the game, and she is a tireless worker. She is also an excellent teammate who will bring a lot to our program. She does an outstanding job in the classroom and is a very well-rounded person. She was a high school valedictorian and carried a perfect 4.0 grade point average during her freshman year of college. She is a great addition to our program and university, and we are looking forward to her future here," Mouat continued.

ShaAnn is the daughter of LeeAnn Danelson. She plans on majoring in business at MSU-Northern.