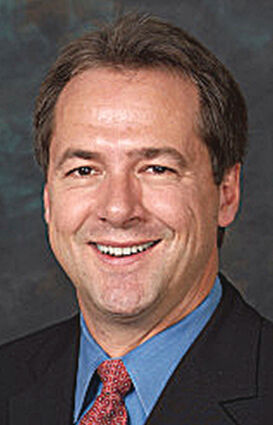 The Republican National Committee, the National Republican Senatorial Committee, the Montana Republican State Central Committee, and Donald J. Trump for President Inc. have filed a lawsuit against Montana Gov. Steve Bullock for his Aug. 6 directive allowing counties in the state to decide whether to allow mail-in voting for the 2020 general election, which the filers of the lawsuit called an unconstitutional power grab.

The announcement says Bullock’s directive invites fraud and threatens the security of the election and by extension threatens the right to vote for Montanans.

“Yet, another Democrat governor — who conveniently is running for election — is using the coronavirus as a power grab to take control of Montana’s elections in the name of ‘health,’” RNC Chairwoman Ronna McDaniel said in a press release.

Bullock’s directive said that concern of the spread of COVID-19 at election polls was the reason for the directive to allow people to vote by mail, which also requires election officials to provide a polling place for people who prefer to vote in person.

The U.S. Supreme Court has ruled that the 10th Amedment to the U.S. Constitution gives states and local government the authority to take actions during an emergency to protect public health and safety.

Bullock said in an email to The Havre Daily News that lawsuit is part of a pattern of operatives within the Republican party attempting to do the thing they claim to be against; limiting people’s right to vote.

“This template lawsuit appears to be part of a pattern of lawsuits across the country by Republican party operatives to limit access to voting during the pandemic,” Bullock said. “Voting by mail in Montana is safe, secure and was requested by a bipartisan coalition of Montana election officials seeking to reduce the risk of COVID-19 and keep Montanans safe and healthy. This is the same directive that the Republican president of the Senate and Republican speaker of the house said was the right thing to do for the June primary. Today, we have many more active cases of COVID-19 than we did back in June.”

The lawsuit’s announcement says that because various counties have different procedures for how to handle mail-in voting, ballots will be sent to people who have moved or died.

“This directive creates a one-time-only election code with varying procedures across the state,” the announcement says. “In some counties, vote-by-mail ballots will be automatically sent to every voter, including those who have moved, died or don’t want a ballot.  This irresponsible decision invites fraud, coercion theft or otherwise illegal voting and dilutes the votes of honest citizens.”

Hill County Clerk and Recorder Sue Armstrong in meetings with the Hill County Commission last month has said on multiple occasions that she has seen no evidence that the mail-in procedures of Hill County are any more susceptible to fraud than an normal election, and further said there is no evidence of substantial voter fraud in the state of Montana over all.

Hill County Deputy Election Administrator Kaci Hipple has said Hill County uses a robust tracking system to make sure that only one ballot can be returned per person and that sending ballots to active registered voters doesn’t increase the chance of fraud because this system is in place, which keeps the Clerk and Recorder’s Office up to date on people that have moved or are deceased.

Bullock has said that the decision to let counties decide for or against mail-in ballots was made because he trusts that local governments have a better idea of what their constituents need, and in another statement released Wednesday afternoon that this contradicts the claim made in the lawsuit, which he called a political stunt, that the decision was in any way unilateral.

He also criticized Sen. Steve Daines R-Mont., who he is running against in the general election, for supporting the lawsuit.

"The election directive left the decision making power to local election officials because that is how we work here in Montana,” Bullock said. “Yet, Sen. Daines called the directive a unilateral decision? While this may be news to him, a bipartisan group of Montana election officials, the vast majority of which are Republican, requested this change because the health and safety of our election judges and voters are on the line. Montana’s Republican leaders praised this same directive for the June primary because it gave local authorities control, now they’re bringing their Washington cronies into Montana to interfere with local control of our elections."

Julia Doyle, a spokesperson for Daines, said his support is because of how allowing mail ballots was done. 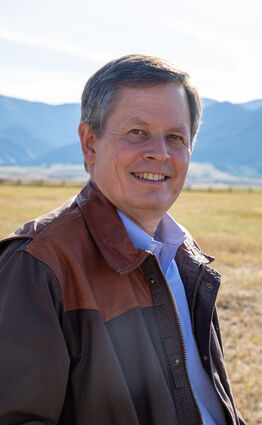 “The senator strongly supports giving Montanans the option to vote by mail,” she said. “The senator supports the lawsuit because the governor did not work with the Legislature on his decision, and it is a very clear overreach of his power. The governor is attempting to create a confusing election system with counties voting two different ways — one that will help Democratic turnout and one that will hurt Republican turnout.”

Bullock’s statement said Daines should stand up to his party against the lawsuit.

"Daines should tell his party bosses to stay out of Montana’s elections," Bullock said.

Bullock is challenging Daines in the Senate election this fall, with Wendie Fredrickson, who is running as a Green Party candidate although the Green Party told the Havre Daily News they have no affiliation with her or the PAC supporting her, also a candidate in the race.