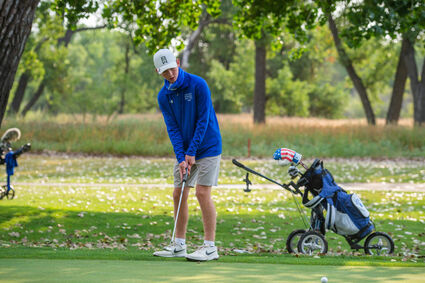 Josh Warp and the Havre High boys are hoping for a top finish at the Class A state golf tournament Thursday and Friday at the Butte Country Club. The Pony boys finished third at last week's Eastern A.

It's hard to believe, especially this fall, that the postseason high school golf has already arrived.

And for the Havre Blue Ponies, that means the final 36 holes of the season are upon them, and they'll be a fun and exciting 36 holes, no doubt.

Thursday and Friday morning, the Ponies will tee it up against the best-of-the-best as they take part in the Class A state tournament at the famed Butte Country Club. And for the first time in five seasons, both the Pony boys and girls teams will be in action at state at the same time, as Havre qualified both squads at last weekend's Eastern A Div...