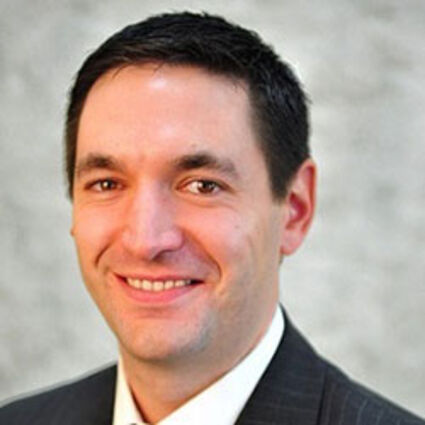 "(I want to be attorney general) because I think Montana oughta have a top law enforcement official who has actually dealt with law enforcement who has actually prosecuted criminals," Knudsen said. "... We are really facing a terrible illegal drug and violent crime problem in Montana. Those two things have spiked in the last five or six years, and they have spiked at the same time and frankly, I have dealt with both. I'm the Roosevelt County Attorney and I'm the full-time criminal prosecutor and drugs is about entirely what I deal with in Wolf Point."

He said people can't say the same about his opponent, who he said has zero experience with prosecution, with law enforcement and with putting people in jail.

"I've been a practicing attorney in Montana for well over a decade, most of that time in private practice, but I've practiced all different kinds of law," he said. "I've represented all different clients in Montana with all different kinds of legal issues from land to natural resources to estate planning, wills, trusts, probate - I did that for 10 years. Now you add in the fact that I'm an experienced criminal prosecutor I have been doing that for two years, I've got a very diverse legal background - Raph just doesn't."

Montana has seen a 36 percent increase in violent crime since 2013, he added.

"I don't care who you talk to whether it's your local sheriff or if it's any of the tribal investigators, or frankly if it's the federal law enforcement officials in Montana they all will tell you the same thing - it's drugs," Knudsen said. "It's primarily methamphetamine, but there are some others in

the state, but that truly is what is driving the violent crime up as meth abuse has increased in Montana so has all violent crime the results - rape, sexual assault, homicides, unfortunately - they've all increased quite drastically since 2013."

He said the attorney general's office became quite bloated, and with his background as a state legislator and speaker of the house, he understands the state budget as well as the legislative process to create a state budget.

"I want to come in, I want to reduce the size of bureaucracy in Helena in the Department of Justice and I want to reallocate all of those resources out to local enforcement and local prosecution because they are the ones that are actually dealing with this problem on the front lines," Knudsen said. "It isn't the Department of Justice civil discourse in Helena that's dealing with meth issues in Havre, that doesn't help in Hill County. What helps is your county commissioner has the money to hire another deputy or prepare a drug dog for drugs and addictions, or maybe hire another attorney for the county attorney's office to keep up with prosecution. Those are the things that are actually going to have a measurable difference in law enforcement and with the drug problem."

He added that he thinks the state has been heavy-handed in handling COVID-19.

He said he thinks South Dakota is a great example to look at.

"When you look at how Gov. (Kristi) Noem handled the crisis in South Dakota versus how Montana handled it, and frankly how a lot of other states has handled, it there really is no difference in the infection rate," Knudsen said. "Governor Noem in South Dakota took a very individual responsibility stance, she told her citizens that if they were sick stay home, if you were afraid of getting sick stay home, social distanced, but she wasn't heavy-handed about it."

Montana, with a population slightly more than 1 million, had 14,635 cases.

"We've seen no mathematical difference between the rates of infection," he added. "Gov. (Steve) Bullock has been very heavy-handed and, look, I'm the county attorney in Roosevelt County I'm the one who, honestly, Gov. Bullock dumped all the enforcement one. He casted all these mandates without the Legislature and he just said 'these are things we are going to do,' but then when it comes to enforcement he just said, 'oh well, I'm not handling that you county attorneys you figure that out you handle that.'"

Local monitoring and regulation of the pandemic generally is handled by the county health departments and health boards.

"It's been very frustrating and I think a lot of the stuff frankly, is petering on the edge of unconstitutionality," he added.

He said he has been opposed to mail-in voting since he was in the Legislature.

He also supports overturning the Affordable Care Act, but it is not a priority of his, he said.

He said the case has been fully argued, fully briefed, it is in the hands of the U.S. Supreme Court and they are going to come to a decision regardless of what Montana does.

"It would be a waste of taxpayer dollars for the Attorney General's Office in Montana to weigh in that case," Knudsen said. "It's been fully briefed. The horse has left the barn."

The Knudsen family is facing a lawsuit about their blocking access to a veterans park that is next to their land.

He said this lawsuit is on an access dispute.

"I can call my backyard a park, that doesn't make it a park, but there are two private entities that are fighting over access, which often happens in Montana," he said. "It is an unfortunate situation. I don't think anybody wanted it to get here. I think it's important to know that group sued my family first."

This an inherited issue, he said, this goes back about three previous landowners to his family.

Previous landowners had granted general access to the park, with the general access blocked after Knudsen's family took ownership of their property next to it.

His grandparents bought the place when he was 10, in 1990, Knudsen said.

"It's a decades-old access dispute that far precedes my family owning the property," Knudsen said. "The local American Legion post has fought with the owners of the land my family now owns over access to a landlocked parcel, because they never received an access easement to that parcel. My family has always granted them access to their property upon request. Certain local Legion members have personal vendettas, and sued for an easement.

"This is what we have the civil system for, it'll work through and it'll get settled or it'll get litigated one way or the other," he added.

He said people should know he is very much of a conservative and he wears that on his sleeve, and always has.

He led as a conservative in the Montana House of Representatives, he said. 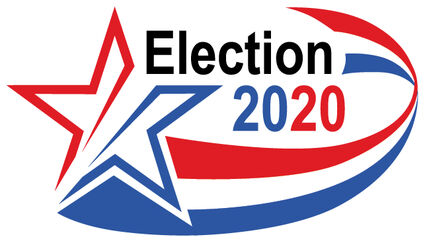 "I am very much a budget hawk and that's the attitude I'm going to bring to the Attorney General's Office," Knudsen said. "I'm very concerned about the spending in Helena. It has far out-paced private sector growth in Montana. Helena has done very, very well in the last 16 years where towns like Havre, Culbertson and Wolf Point have not and I think there's a problem with that."