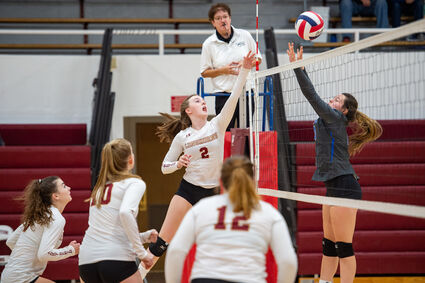 The Fort Benton Longhorns are going back to the state volleyball tournament. And to get there, they didn't even have to leave their own gym.

Last week, the Longhorns captured their second straight Northern C championship by winning three matches on their floor at the 2020 Northern C Divisional in Fort Benton.