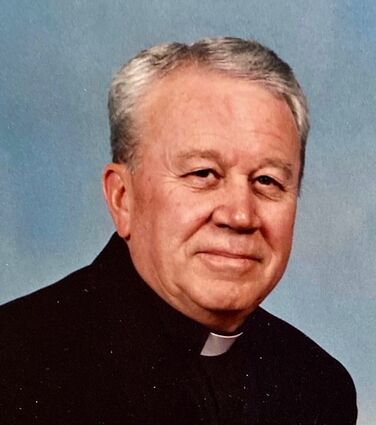 A burial Mass officiated by the Right Rev. J. Scott Barker and the Reverend Mark F. Selvey will be held at St. Francis Episcopal Church in Scottsbluff, Thursday, Nov. 19 at 10:00 a.m. Due to current health safety guidelines, the service will be private but can be viewed live with a link on Saint Francis Episcopal Church Facebook page and website. Inurnment will be at Fairview Cemetery.

Online condolences may be made by visiting http://www.bridgmanfuneralhome.com . Bridgman Funeral Home of Scottsbluff is assisting the family with arrangements.

He served as a hospital corpsman in the U.S. Navy from 1950 to 1953. Gary married the love of his life, Neta J. Smith, in June 1952. Their children are Chris Reid (Barbi) Young of Ronan Montana and Jill L. Young (Lorrie) of Gering.

Father Young was called to the Episcopal priesthood in 1965 after 15 years of working for the family business, Kelsen and Young Electric. Young attended college at the Platte Valley Bible College under the mentorship of the Rev. Clyde E. Whitney. He then became a seminarian at Nashota House Theological Seminary in Wisconsin, and later obtained his Master of Divinity. Father Young served Episcopal churches in Bassett, Creighton, Neligh, Mitchell, and Scottsbluff, NE, as well as Havre, MT. He retired as the dean of Trinity Cathedral in Omaha.

Gary Young was preceded in death by his wife, Neta; his parents, Elmer and Irene, and many special brothers- and sisters-in-law. He is survived by his children and his granddaughters, Kelsen (Jennifer) Young and Kristen Young of Helena Montana; nephew Jeff (Carol) Jones, niece Nikki (Don) Rose all of Mitchell, and many nieces and nephews and their children. Father Young is also survived by the many church families he cared for throughout Nebraska and Montana.