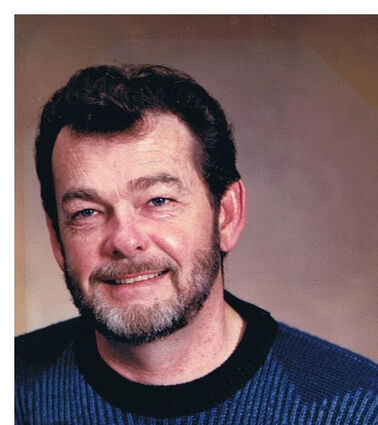 Charles Richard "Dick" Murrell passed away November 27, 2020, in Great Falls, Montana, at the age of 78 after fighting a courageous battle with dementia.

Dick was born in Newark, Ohio, on April 2, 1942, to Harry and Marie Murrell. The family moved to Havre in 1950 where Dick attended school. He graduated from Havre High School in 1960 and attended Northern Montana College for several years after high school graduation.

Dick worked in Havre for Safeway as produce manager, and he later transferred to San Mateo, California. In his first marriage, he had a daughter, Janet, born in 1963. In his second marriage, he had two daughters, Kathleen, born in 1968 and Patricia, born in 1969. He returned to Havre in January 1970 to hire out for Great Northern Railroad, which later became Burlington Northern. Dick was hired on as a conductor and within a short period of time, advanced to an engineer. He truly enjoyed his job and was known as a hard worker who did a great job. He worked for BNSF for 35 years before retiring in 2005. Upon retirement, he moved to Great Falls to be near his sister.

Dick enjoyed spending time working on his treasured 1968 Pontiac Catalina, which he purchased new in California. He also enjoyed driving his 1981 Corvette in the summer. Cars were his passion, along with spending time with his family. Fishing was also a favorite pastime and Dick enjoyed the handy fishing spots that Great Falls provided. He thoroughly enjoyed the life of retirement.

Dick was preceded in death by his parents, oldest brother, Don, and son-in-law Reed.

He is survived by his daughters, Janet of California, Kathleen of California, and Patricia of Idaho; his brother Conley of Oregon; sister, Darla (Ray) Trudel of Great Falls; three grandchildren, Mark, Christopher (Katie) and Joshua; one great-granddaughter, Ashlynn; and numerous nieces and nephews, all of whom miss him dearly and are mourning his passing.

Memorials may be made in memory of Dick Murrell to Peace Hospice of Great Falls.

A private family graveside service will be held in Havre.

Please visit Dick's online memorial page and leave a message of condolence for his family at http"//www.hollandbonine.com .