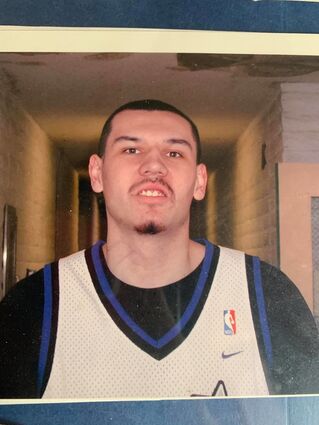 Our beloved family member George Joseph Lafromboise "Red Cedar Man" went to be with the Creator on December 7, 2020, after liver failure and complications of COVID.

Wake services began at 3:00 p.m. Tuesday, December 8, 2020, and continued until his funeral service, which was at 10:00 a.m. Wednesday, December 9, 2020, all at Our Saviour's Lutheran Church. Burial followed in the Rocky Boy Cemetery.

Please visit George's online memorial page and leave a message of condolence for his family at http://www.hollandbonine.com .

George grew up in Muddy Creek in Lame Deer and later in Rocky Boy, MT. He attended schools in Rocky Boy and Box Elder and was a member of the Box Elder Bears basketball team. He later moved to Lame Deer to play for the Morning Stars and Gordon Real Bird. While there, George had an honorary grandparent, Roger Killsnight Sr. He graduated from Lame Deer High School in 1998, and began working with the youth at the Northern Cheyenne Boys & Girls Club.

He mentored and made lots of friends while doing something he enjoyed. While he was with the Club, George was able to participate in the Bear Butte Teen Camp and the Exchange program which led him to Europe. He visited England and saw Big Ben, in Scotland he visited a castle, and while on that trip, he also went to France. While in Europe, George was able to experience a ceremony held in Sherwood Forest with 59 countries. The Club was the first American group to take part in this exchange, and George was so proud to carry the Northern Cheyenne tribal flag in the processional.

George was an avid sports fan and loved the Florida Marlins, Chicago Bears, Michigan Wolverines, and the Utah Jazz. He was also a soccer fanatic, always recording soccer matches on his dad's TV to watch later. His passion for sports led him to become an MOA. He volunteered his time umpiring for little league games and referee for basketball games. He always helped out his dad's youth basketball tournaments by providing his referee services. He was able to referee in junior high, high school, youth, adult men, and girls 11-12 Gold Medal basketball game at last year's Big Sky State Games. George refereed until his health left him unable to.

George liked to grill, perhaps in competition with his brother Chuck, as they both loved a good meal. He loved prime rib Friday's at either Duck Inn or PJs. He liked driving through the mountain. George loved the heck out of sports. One time he sat in the car listening to a podcast, while watching a live soccer match on his phone, and flipping through his favorite sports magazine.

He was preceded in death by his mother, Theresa Harris, and grandparents George and Bernice Harris and Joseph Lafromboise Sr. and Maryanne Parker Whiteford.