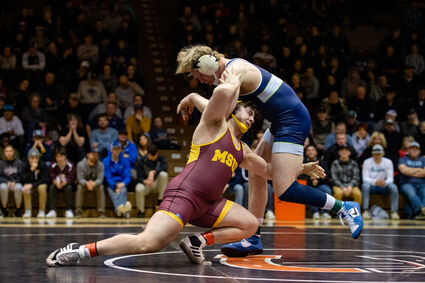 The Montana State University-Northern Lights wrestling dual with the University of Providence, slated for tonight, has been postponed.

The Montana State University-Northern wrestling team was set to go on Wednesday night. That's when, not only were the Lights to face their biggest rival, but also when they were going to do it in the Armory Gymnasium.

Instead, as has been the case with so much in the sports world this winter, the dual between Northern and Providence will have to wait.

Northern head coach Tyson Thivierge announced Monday that the first of two meetings between Northern and UP has been postponed. Thivierge said a makeup date has yet to be determined.

So far, Wednesday night's dual was the only home dual lis...