Home and Away: Ponies sweep Sidney 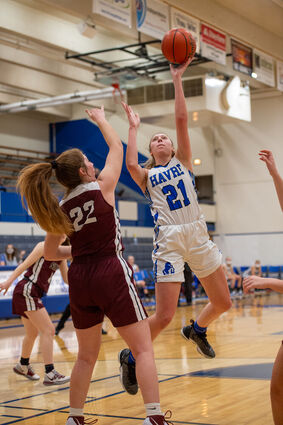 In the case of the annual series between the Havre High girls and the Sidney Eagles, it's a new year, but Friday night in the HHS gymnasium, it was the same old story.

One night after winning in Browning, Havre returned to the Blue Pony Corral to play a Northeast A game against Sidney, and like many games against the Eagles in the past, it was no contest as the Ponies clobbered the Eagles 69-19.

"We shot the ball well early," Havre head coach Dustin Kraske said. "We got it going right off the bat, and then the kids who came in off the bench were ready to rock, and that was really fun to w...