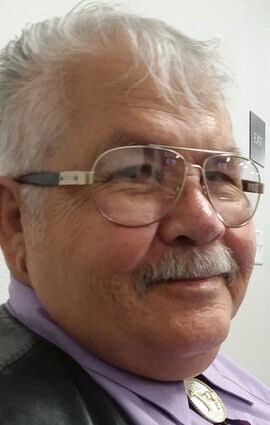 John "Dennis" Brough died on January 10th, 2021 at Benefis Hospital in Great Falls from complications of congestive heart failure, his wife Judy was by his side along with his caring doctor and the sixth floor nursing staff.

Cremation has taken place and a memorial service for Dennis will be held via ZOOM Saturday, Jan 23rd, 2021, at 1 p.m., a special link will be sent out soon for all those that would like to attend the services.

"Dennis," as he preferred being called, was 73 years old at the time of his death. He was born in Havre, MT, on March 19,1947, to John Clarence Brough and Georgia Lena Champagne. The two separated when Dennis was very young and he was then taken in and raised by his beloved Grandfather, John Champagne.

Dennis had a great love for his Grandfather who called him "Denni" and always seemed to have time for his grandchild. Dennis spent many hours working alongside his grandpa in the large garden he raised to feed his family. Every morning Dennis would hear his grandpa's voice say: "Come on Denni, it's time for school." Or, "Come on Denni, you're coming with me today," and the day would be spent helping with chores and running errands. Dennis often told me that he loved every minute that he spent with his Grandfather. In 1958 Dennis met and became close friends with the Winchell and the Avila families. He became best friends with Richard Avila and Doug Winchell. These three boys were always together and became like close brothers, and of course they had their run-ins with the law. Dennis was placed in Miles City Boys Reform school for his delinquency, and in 1963, while there, his grandfather died, he was 92 years of age. Dennis never got over the trauma of this loss and always wished he could have been with his grandpa when he closed his eyes in death.

In 1965, he came home and struck up a relationship with Dolores Avila. From this relationship five children were born, Sherri, Richard, Denni, Grant and Dennis Jr. After several year, the relationship ended and they went their separate ways. Dennis soon struck up another relationship with Patricia Azure and from this union Patrick was born. After several years, the relationship ended but they remained friends. In 2012, Susan Winchell happened to be on Facebook and found Dennis' name and also a phone number. She called the number and visited with Dennis, whom at this time we hadn't seen in 29 years. Dennis soon asked about Judy, Susan told him that: "Judy is a widow and has been now for nine years." He asked Susan to have me call him. That evening I called Dennis and we conversed for several hours catching up on old times. During the conversation Dennis asked if it would be possible to strike up a closer relationship with me. I then told him that I was a Jehovah's Witness and though he and I are close family friends, that's all we could be, as Jehovah's Witnesses are careful to only strike up a romantic relationship, with marriage in view, with those of like faith. Dennis then asked: "Well if I become a Jehovah's Witness could things change then?" I told him that he'd have to study the Bible, come to an accurate knowledge of it, put into practice what he was learning, dedicate himself to Jehovah, and then be baptized as a Jehovah's Witness before I would even consider his offer. Only then could we plan a deeper relationship.

Several months passed, he started studying the Bible with Jehovah's Witnesses in Spokane and even though he started out doing it to please me, he soon began to realize his love for Bible truth. Later that year, in 2013, Dennis moved to Havre, and resumed his Bible study with Ken Drong, he studied for another year and a half, dedicated his life to Jehovah, and in May of 2014 he was baptized as one of Jehovah's Witnesses. Two weeks after his baptism he and Judy were married on June 2nd 2014. They began their married life together in Havre Montana where they grew up as close childhood friends, they remained best friends, companions, and sweethearts until his death on January 10th 2021.

Dennis was a good, hard working man, a "jack of all trades." He worked for many years as a driller for KB Drilling Company, and then for the Rocky Mountain Packing Company as a butcher. He was a talented musician, he sang, played the guitar, and had a special love for Country music. He had a big heart, an infectious laugh and a wild sense of humor, a man who didn't have a mean bone in his body, and the icing on the cake was his great love for Bible truth and for his God Jehovah, which he expressed daily in actions and words.

This honest, loyal, loving husband, friend, and companion will be greatly missed by his wife Judy, her children, Glenn, Cindy, Gerri and Buzz (whom Dennis was especially fond of), and his children, Sherri, Richard, Denni, Grant, D.J., and Patrick, numerous grandchildren and great-grandchildren, all his Jehovah's Witnesses congregation family, and his many friends both in, and out of, the congregation. 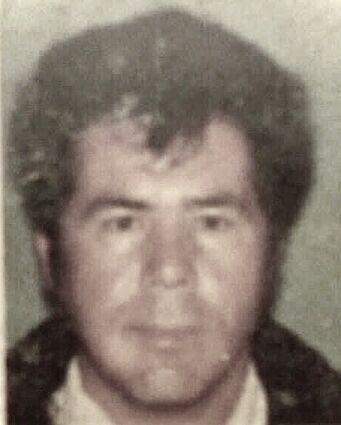 Dennis had great faith in his Father Jehovah's promises of a wonderful future, life forever in paradise on Earth. He based his faith on Jehovah's original purpose for humans as brought out in the Bible book of Genesis (1:26-29; 2:7-9, 15-22) That purpose will be fulfilled because all that God sets out to do, will be accomplished.(Is 55:11) And Dennis had faith in God's resurrection promise for those who fall asleep in death, their life will be given back, and all sickness, suffering, and death will be gone forever.(RV 21:3,4) Dennis will awaken to a beautiful Earth and a wonderful future of everlasting life where his greatest wish will come true, to see his beloved Grandfather again, full of life as a young, healthy man.

An online obituary will also be published through the Schnider Funeral Home of Great Falls, MT, which was entrusted with the cremation. Interment of remains will be at a later date.