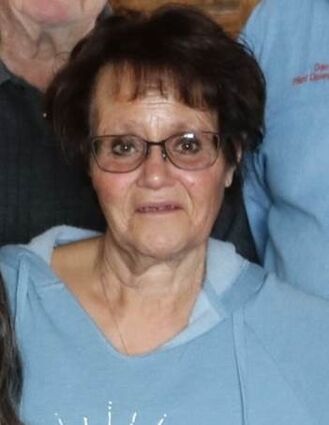 Donna was born to Dale and Mary Ann (Fowler) Inabnit in Conrad, MT, being a special gift to Dale on his birthday. She graduated from Conrad High School in 1971. After graduation Donna settled in Shelby where she met the man of her dreams. Donna married Bill Hilliard of Oilmont, MT, May 31, 1975, in Conrad. With Bill being a railroad man, they moved with the job and resided in Conrad, and Shelby before settling permanently in Havre. They soon started their family, adding Brian in 1979, Becky in 1983, followed by grandchildren Tanion in 2004 and Stasia in 2006.

Donna's great love of children led her into a lifetime career of caring for others' children as if they were her own. First, she ran a private day care in her home before joining with Julie Christian and eventually becoming a primary caregiver at First Lutheran Daycare until she retired in 2017.

Donna loved spending time with her co-workers. Even after retirement, they were like a second family to her. She loved all her day care kids and kept track of them well into adulthood, often telling stories and memories of all "her kids." After retirement, Donna spent the last few years doing what she loved most, making a home for her husband, children, and the grandchildren she loved so much.

A celebration of life will be held at a later date.

Memorial donations in Donna's honor can be made to a local charity of one's choice.

Please visit Donna's online memorial page at http://www.hollandbonine.com to leave a message of condolence for her family.