Official Now: The year there was no Cat-Griz football 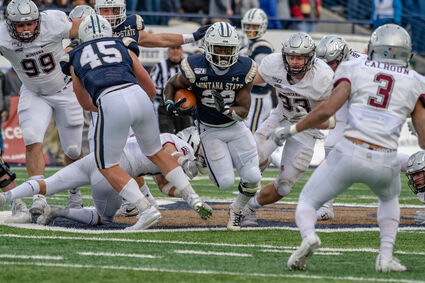 Montana State's Isaiah Ifanse runs through the Montana defense during the 2019 Brawl of the Wild in Bozeman. With last Friday's announcement that MSU and UM have opted out of a spring Big Sky season, the 2020 season will officially be one without Cat-Griz football. The next Brawl of the Wild will be in Bozeman this November.

There was no Brawl of the Wild in November. And there won't be a special edition in March either. Last Friday morning, the University of Montana and Montana State University jointly opted out of the special, 6-game Big Sky Conference spring season, which was set to begin next month. Instead, both schools are hoping to play a pair of exhibition, or non-conference games as part of traditional spring football practice, which won't begin until March.

University of Montana President Seth Bodnar says he and Montana State University President Dr. Waded Cruzado made the joint decision with the hea...