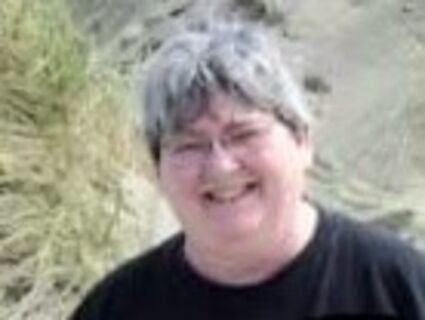 Cremation will take place and no services are planned at this time.  A memorial is being planned for this summer.

Please visit Donna's on-line memorial at http://www.hollandbonine.com to leave a message of condolence for her family.

Donna was born March 1, 1949, in Harlem, Montana, to Donald and Laura (Brekke) Malley. She was the youngest of six children. Her father passed away before Donna was born. Donna was raised in Harlem where she attended school. She stayed in Harlem for a few years and then moved to Havre where she worked at Eddy's Bakery. She enjoyed her job there and her customers all loved her.

Donna was a self-reliant woman, who raised her three boys on her own. After leaving Eddy's Bread, Donna worked as a cook at Box Cars and eventuality went to work managing the Rails Inn, where she hosted the railroad crews from out of town. Donna was an amazing cook and spoiled her guests with Christmas and Thanksgiving dinners at the hotel while they were away from home. She retired after 10 years.

Many people didn't know the personal side of Donna, things like her knack for growing things, if you had a sickly plant just send it home with Donna, and it would be beautiful in no time. She had a green thumb and could make anything grow.  Each year she raised a beautiful flower garden and grew a variety of produce.  She loved to quilt and made many for the special people in her life. Donna always dreamed of traveling to the Oregon Coast. She achieved that dream twice! When she traveled with Darrin, Doug and Denice down the Oregon Coast to the Redwoods it made her lifelong dream complete and she never thought she would get to go twice. Another fun fact about Donna was her love of scary movies.

She was preceded in death by her parents, one brother, Doug Malley, and one sister, Corrine Anderson.