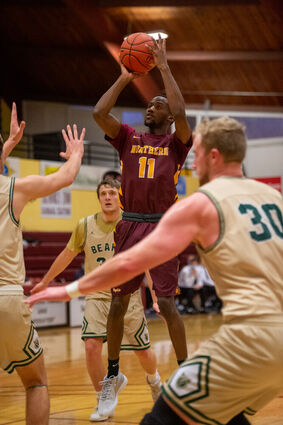 The last time the Montana State University-Northern men played in the Armory Gymnasium, they were losing a heartbreaking overtime game to Montana Tech. After that, the Lights had a game against Providence canceled. So, it has been a pretty rough seven days.

Rough until Saturday night when Northern made up for lost time, as the Lights beat Rocky Mountain College 71-55 in the first of back-to-back meetings between the two rivals. Northern and Rocky were supposed to have already met last month in Billings, but those games were called off due to COVID-19. And while the Lights were a little unf...