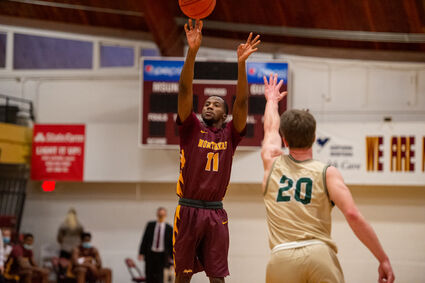 Montana State University-Northern's Mascio McCadney is among the top scorers in the Frontier Conference right now. He and teammate David Harris are both averaging over 18 points per game for the Lights. The Frontier season has reached the halfway point.

In more ways than one, it was a tough week for the Frontier Conference in basketball, as COVID-19 continues to play a role.

Nevertheless, the league has indeed reached the halfway point of what has been a historic and challenging season.

Story lines on both sides after one month of league play include canceled games, but most everyone in the league was prepared for that. Beyond COVID, though, the Frontier women have somewhat gone according to par thus far, as Carroll College is in full control at 9-1, while Montana Western is also in the driver's seat at 8-4. Of course, parity is big in t...