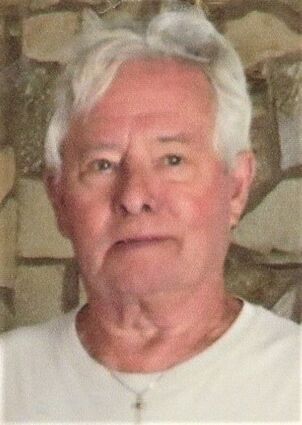 Cremation has taken place, and no public services planned. Ray will be buried next to his wife, Tina, at the Highland Cemetery in Havre.

You may visit Ray's online memorial page to leave a message of condolence for his family at http://www.hollandbonine.com .

Ray was born in Long Beach, California, May 5, 1937, to Charles and Frankie Griffith. He graduated from Monrovia High School in May of 1954. While growing up in Duarte, Ray's parents inspired his artistic skills, teaching him painting, welding and other metal crafts. He went to work for Teledyne Optics in Pasadena, California, and worked on the Apollo 11 project, making the windows for the command module and the lunar lander. Ray received a citation from then-President Richard Nixon, commending him for the work on the spacecraft that put men on the moon. He moved to the San Francisco Bay area in 1974 and was gainfully employed by the Varian company, making lenses for medical imaging equipment.

In 1975, Ray decided to concentrate on his passion of art. He was a skilled welder and created beautiful, unique sculptures from metal. Ray would find metal objects just laying around and create something beautiful out of it. He called it "repurposing." He also designed jewelry. He took his passion on the road and traveled throughout the West, selling his pieces at art shows and to art galleries. It was at an art show in Havre that he met the love of his life, Tina Webb. The couple dated for a short time and were later married in the summer of 1980. The two of them worked together to market Ray's art. They worked as a team; Ray making jewelry and sculptures and Tina marketing the art at her store, Tina's Gift Shop, at the Atrium Mall in Havre. Ray and Tina traveled throughout the country displaying his art at various shows.

They grew tired of being "on the road" and decided to put down some roots. They found their "forever home" in Kremlin, Montana. Ray went to work for the City of Havre as a laborer and Tina worked for the Havre Clinic until they both officially retired. They loved their home in Kremlin, they fixed it up and tended to the yard. They made it a beautiful little home on the prairie. They grew beautiful flowers and had a plentiful garden every year until Tina became sick.

Ray enjoyed visiting with people, he loved to share his experiences with others and teach them a thing or too. You would always see Ray and Tina together, whether it was a quick trip to town for groceries or to stop to see Margaret, Gary and Zonie. They enjoyed playing cards and sitting outside in the summer enjoying a glass of wine and their beautiful yard.

Ray was preceded in death by his parents, Charles and Frankie Griffith; son, Michael; father-in-law, Harold Webb; and his beloved wife, Tina, who passed away January 16, 2020.