Longhorns trample the Bears on their way to the chipper 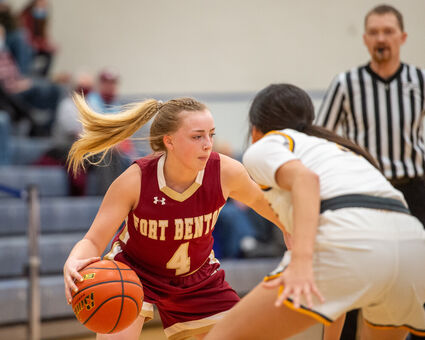 The District 9C Girls Basketball Tournament began play at the Havre High School Gymnasium with a matchup between Fort Benton and Box Elder. And thanks to a strong defensive effort that forced Box Elder to shoot 28.6 percent from the field, Fort Benton came out with the 58-33 win to advance to the championship game.

"All year, we've said if our offense isn't rolling, we got to lock down and play defense," said Fort Benton head coach Cassie Pimperton. "The girls just locked it down and played great defense."

With the win, Fort Benton advanced to the championship game Saturday. The Longhorn...