Skylights look to keep improving as they return home 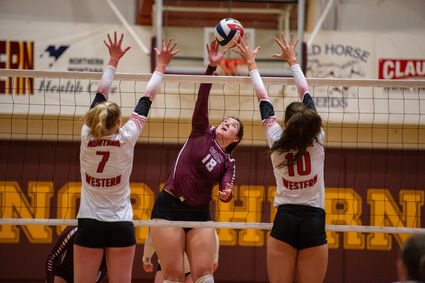 Three weeks have already come and gone since the Montana State University-Northern volleyball team began a season they were so looking forward to. And while things started off with a bang, there has been plenty of growing pains along the way.

Northern opened the season Jan. 29 with a win over Montana Western but has since gone 0-5, with the last four of those losses coming on the road. Now though, the Skylights get to come back home as they take on the arch rival Providence Argos (4-2) tonight and Saturday in the Armory Gymnasium.

Of course, the Argos are the defending Frontier champions,...